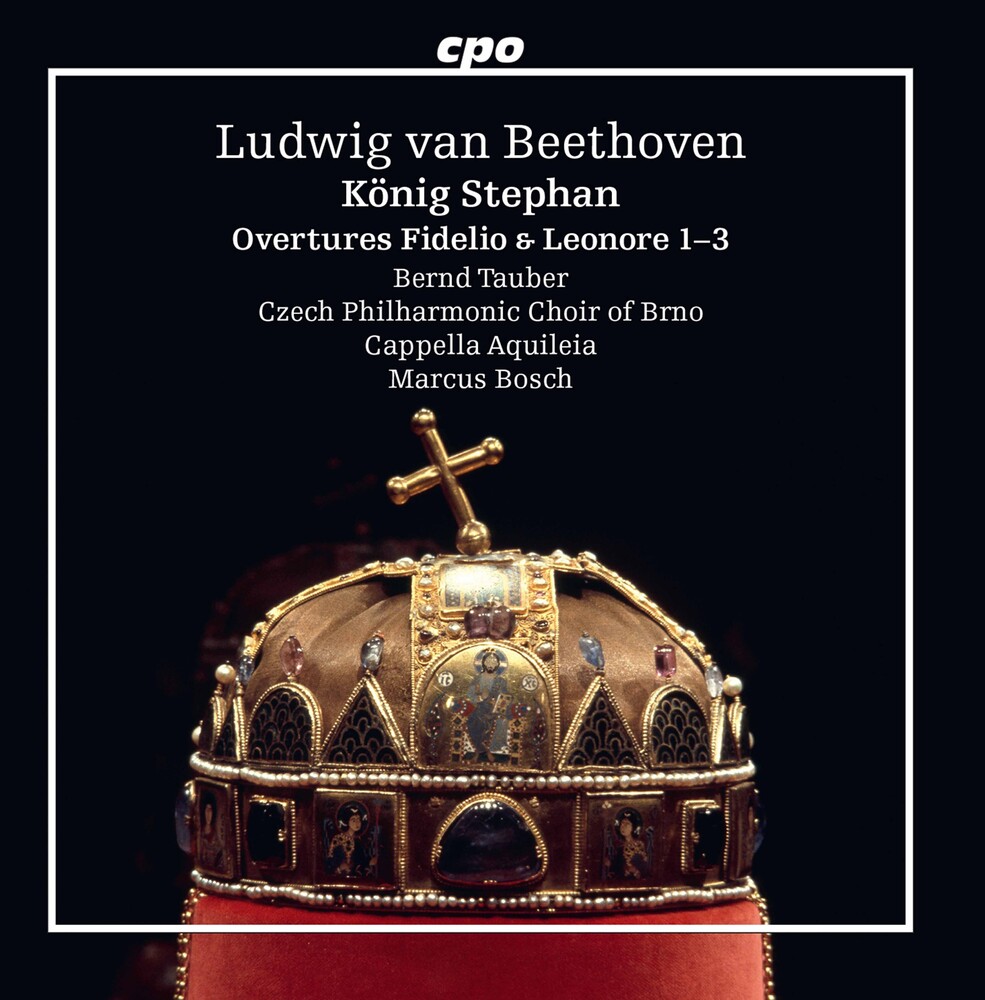 The focus of our further cooperative effort with the Cappella Aquileia and Marcus Bosch - for the Beethoven Year and with "Beethoven and the Theater" as it's theme - is formed by a complete recording of this composer's stage music for Konig Stephan (King Stephen). Archduke Franz Josef Karl of Austria had a new theater built for the city of Pest as a reward for the loyalty of the Hungarians to the Austrian monarchy. As was fitting for the occasion, Beethoven was given the commission for music commemorating the establishment of the Kingdom of Hungary by King Stephen I, and the music was premiered in the new edifice in 1812. The text for Konig Stephan was penned by August von Kotzebue and surely would have been forgotten long ago if not for Beethoven's music. The pathos and hero worship in it's verses are not so easily grasped today, but this should not stand in the way of the work's performance. Understood as a historical memorial, Konig Stephan, in particular in the meticulous modernization of the text produced by Kai Weßler for this recording, is a rewarding work. Three versions each of the Leonore Overture and the Fidelio Overture round off the album.