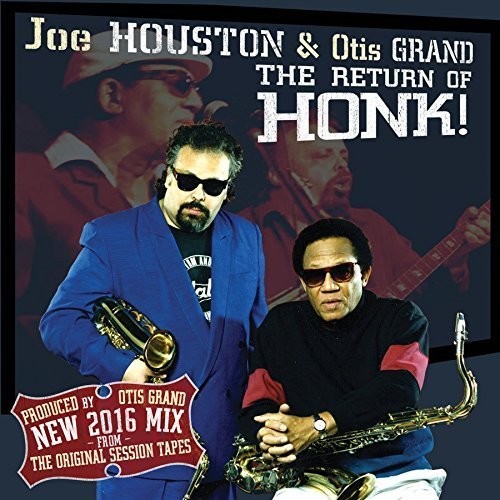 Otis Grand had hoped to record with Joe Houston - arguably the first and the last of the bootin' sax men - for years. Now his dream was realized.. After playing in his native Texas, Joe was recruited to the Chicago band of King Kolax. He stayed For about three years; they played the hits of the day, they played the Blues too. After this, he played with Ray Charles and toured with Gatemouth Moore before returning to Texas. In 1952 he moved to California, then a Mecca for storming sax-led R&B. There he earned such aliases as Mighty Joe Houston and 'The Wildman Of The Tenor Sax'. Live work continued, but not recording. This CD was Joe's first in sixteen years.