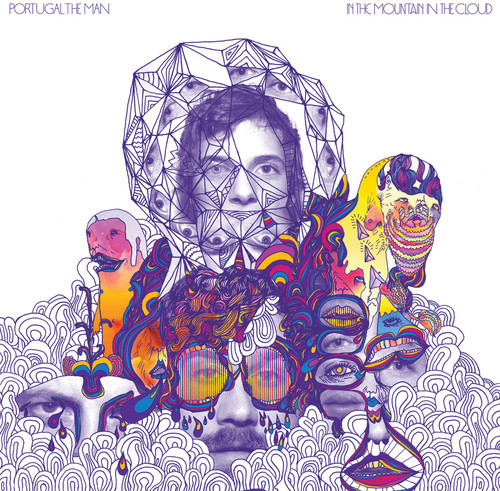 In the Mountain in the Cloud
Artist: Portugal. The Man
Format: Vinyl
New: OUT OF STOCK. Contact us for availability.
Wish

In the Mountain in the Cloud is the sixth studio album by Alaskan psychedelic rock band Portugal. The Man. It was recorded over a period of eight months, and produced by John Hill, the band's front man John Gourley, and Casey Bates. The album was released on July 19, 2011 through Atlantic Records and is Portugal. The Man's major-label debut. The album was promoted by the singles "Got It All (This Can't Be Living Now)" and "So American". It received favorable reviews from music critics, and charted in the US, Austria, Germany and Switzerland. Portugal. The Man is an American rock band from Portland, Oregon. The group consists of John Gourley, Zach Carothers, Kyle O'Quin, and Jason Sechrist. Gourley and Carothers met and began playing music together in Wasilla High School in Wasilla, Alaska. Their first two albums were released on Fearless Records. On April 2, 2010, the band signed to Atlantic Records.