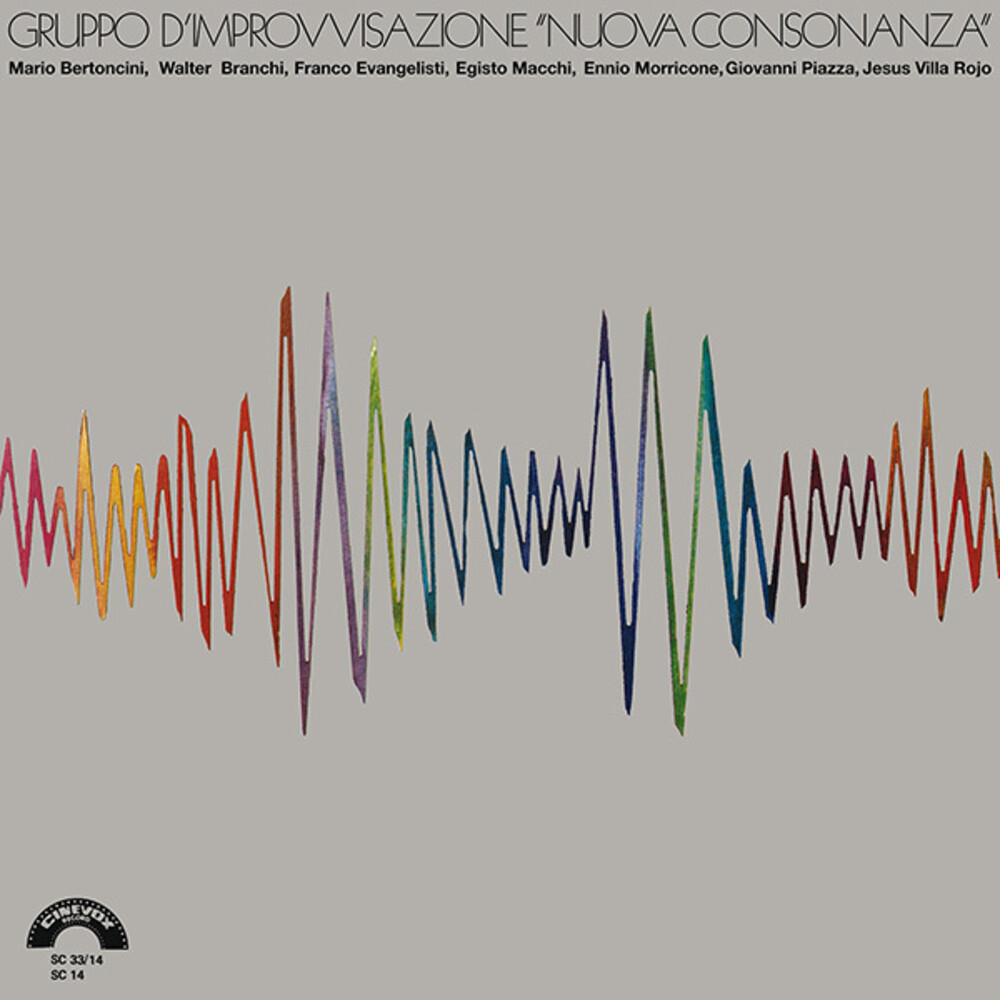 Gruppo di Improvvisazione 'Nuova Consonanza' was a composers' collective who had been active between 1964 and 1980, dedicated to group experimentation and musical improvisation, a field which they are today considered pioneers of: it's almost certain that no one before them had ever used music instruments, conventional and not, in such unusual way. And there's no doubt that nobody had approached improvisation in music with such a methodical and 'studied' way as they did.The main members of the group were Egisto Macchi, Franco Evangelisti and Ennio Morricone, joined for this release by Mario Bertoncini, Gualtiero Branchi, Giovanni Piazza and Jesus Villa Rojo; the same Evangelisti defined the collective 'the first and only group formed by composers-performers'. This LP was the only one published on the Cinevox Record label in 1975, and consists of 50 minutes of abstract music, indecipherable and devoid of any ordinary compositional structure.A very rare record that's practically impossible to find today, worth hundreds of euros in the collector's market, and now reissued for the first time ever on vinyl! Not to be missed!!!