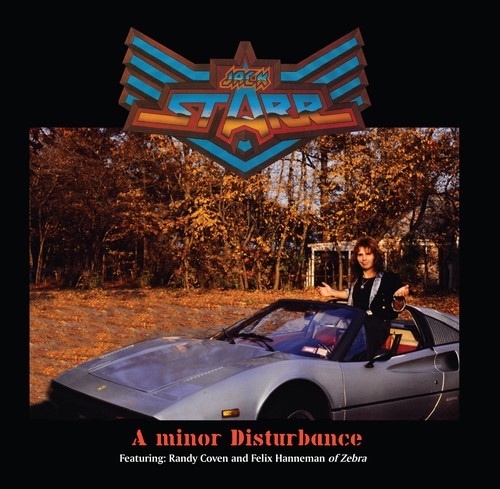 My metal band Burning Starr had taken a break and my manager at the time Frank Cariola owned the biggest club on Long Island and was very well respected among the area musician so I asked him to get involved and help me find the best players and that is exactly what we did, starting with Randy Coven a great bass player who wrote a national column on the bass and who played with both Leslie West and Yngwie Malmsteen Next I needed a great drummer and we found John Riley who later went on to play with Rainbow, and on keyboards the great Felix Hanneman from the band Zebra and we also used Bonnie Parker on bass and John Armata from the band Ram Jam played the beautiful and haunting keyboard on the song Interlude in the Afternoon It was really an all star cast of great players and the album was done in a top studio on Long Island. All the songs were written by me except for the two covers that I was happy to include which were Last Date by Floyd Cramer and also the theme song from the movie Exodus. Like all covers that I have ever recorded I enjoy putting my own touches and ideas and I always try to make the song my own. When the album came out it was distributed by Important Record Distributors and as luck or lack of luck would have it, my record came out the same week as the Steve Vai record and the sales staff were told to promote that record and not mine so it was overlooked by a lot of stores in favor of the Vai record and when I mentioned this to my manager at the time he said, "Don't worry your music is not perishable like fruits or vegetables, it will not go bad. One day a new generation will discover your music and it will live on." And he was right because music that comes from the heart and is played with feeling and sincerity never goes out of style so it my hope that you will all enjoy this recording. Peace, Jack Starr 2018