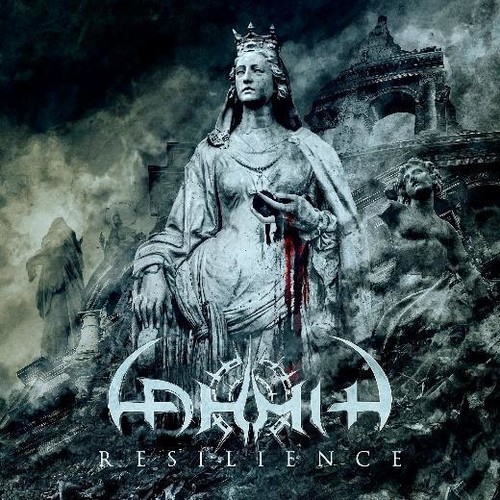 Melodic Death Metal band Lahmia are going to release their second, long waited album 'Resilience' on Scarlet Records. "Resilience" is the ability of an individual to face and overcome a traumatic event and in fact the whole album is an ambitious concept that finds it's origins in the crisis of values of the present day, an album aims to describe the newfound "second life" of the band after the difficult years that followed the debut 'Into The Abyss', one of the Death Metal revelations of 2012. From a musical point of view, 'Resilience' picks up were it's predecessor left off and shifts the bar in every possible way, mixing the most aggressive guitar riffs with incredible melodies and top notch musicianship. Variety has always been the band's trademark and this new album makes no exception. 'Resilience' has been produced by Giuseppe Orlando at OuterSound Studios in Rome, Italy, mastered by Mika Jussila and features a 11-minute long epic suite that is definetely not common in the genre.