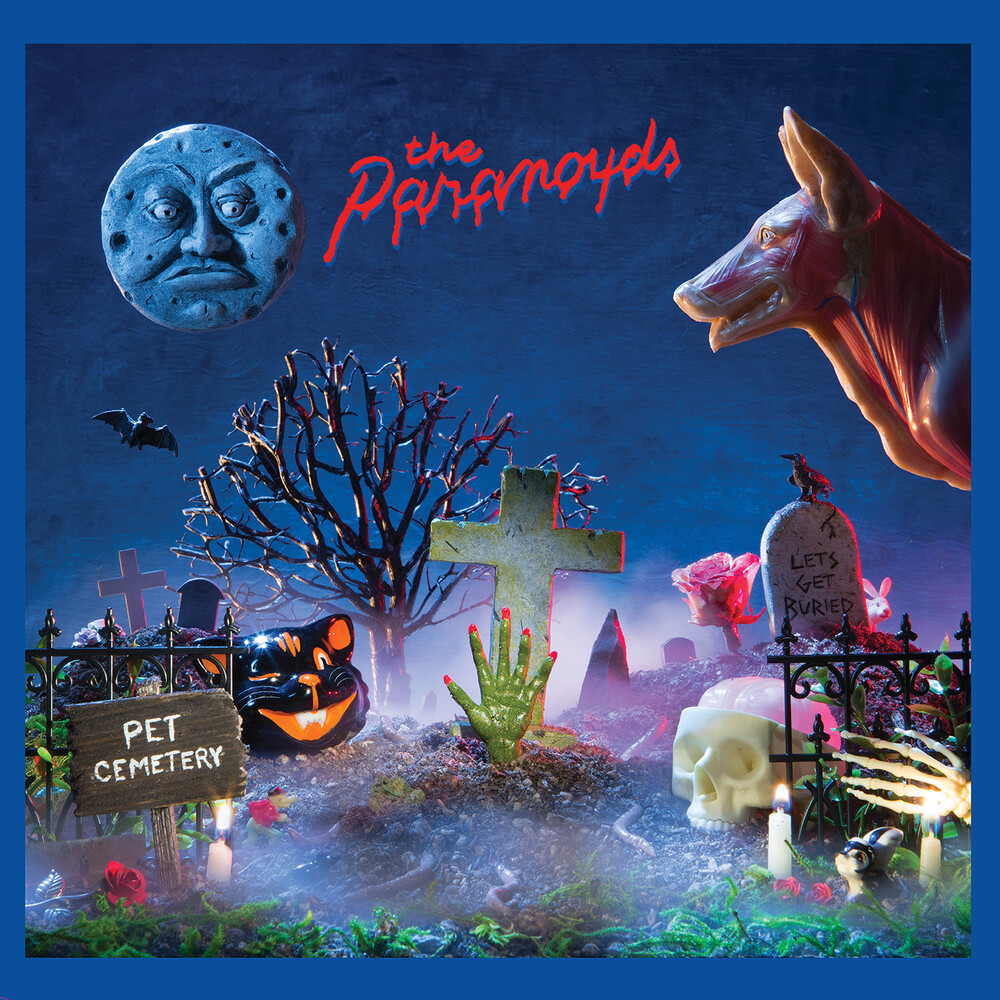 As the world continues to literally burn, The Paranoyds return with a much-needed dose of musical levity. It's been nearly a year since the Los Angeles-based outt released Carnage Bargain, their debut full-length, and this new release, a two-song seven-inch, is a total embodiment of their every inuence. Their identity - a band fueled by campy horror movies and garage rock - is more evident than ever on this seven-inch, beginning with the organ-fueled opening of A-side "Pet Cemetery." Featuring the sounds of off-kilter keys alongside a chugging guitar line, and expansive experiments, "Pet Cemetery" has become a staple of the band's live performances, resulting in a sea of zombie-ed headbang every time it's played. Despite the obvious heaviness that surrounds a track entirely centered on undead lovers partaking in PDA, there's an undeniable undercurrent of fun. Previously recorded during sessions for the band's full length-debut, this unofcial anthem for underworld romance was being saved for a special moment.