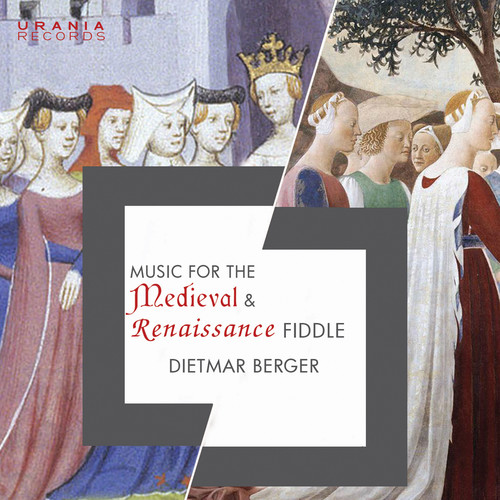 Dietmar Berger was born in Cologne. He studied cello at the music colleges in Aachen with Klaus Heitz, in Dusseldorf with Claus Reichardt and in Leipzig where he was a student of Roland Baldini and the gamba player Siegfried Pank. After having finished his studies, he was a member of the orchestra of the Landesbuhnen Sachsen in Dresden from 1993-2000. He now lives in Cologne and plays cello as well as viola da gamba in renowned ensembles such as the Delos Trio Koln (with Gudrun Hobold, violin and Hubert Kappel, guitar) both in Germany and abroad; he appears as a soloist on numerous television productions and recordings. His compositions and arrangements have been published by Friedrich Hofmeister Musikverlag, Leipzig and by Verlag Dohr, Cologne. On this release, he takes the listener on a journey to Medieval Europe as he performs music for the Medieval and Renaissance fiddle. Works by Vincenzo Galilei, John Dowland, Thoinot Arbeau, and others are included.