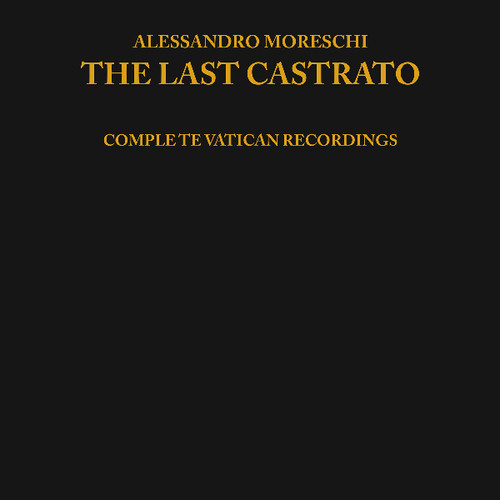 Alessandro Moreschi (1858-1922) was the last known castrato, and the only one to have ever made recordings. He was born into a Catholic family in one of the so-called Roman castles, where he was castrated either for health reasons, or because of his singing talents, the history is unclear. But either way he was discovered soon after for his talents and by a very young age was known as "l'Angelo Di Roma" and quickly became the first soprano of the Sistine Chapel choir, a position he held for more than 30 years. In Roma at the time members of the Sistine Chapel choir, and castrati in particular, held much esteem, bordering on celebrity, and Moreschi was probably the most famous of them all. His recordings were made in 1902 and 1904 at the Vatican. Most of them are extremely rare and are collected here for the first time. This historic re-issue includes all twelve records which Professor Moreschi is known to have made, as well as five choral records on which his voice is clearly discernable. 425 gram sleeve; hand-numbered sticker.