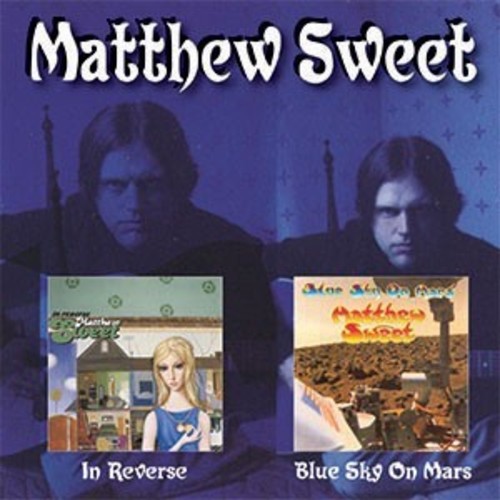 Matthew Sweet is an American singer-songwriter and musician who skilfully navigates the line between the power pop underground and the mainstream end of alternative rock. He was part of the burgeoning music scene in Athens, Georgia, during the 1980s before achieving commercial success in the 1990s. These two albums date from the 1990s and are released here as a 2 CD package at mid-price. In Reverse is a psychedelic album which featured Wall of Sound tracks, including the singles "What Matters" and "Trade Places. " The album is noteworthy for it's 10-minute closing track, "Thunderstorm," which is a combination of several demos. Blue Sky On Mars is a new-wave album which features the synth-laden singles "Where You Get Love" and "Come to California. " The music video for the former featured Sweet as an astronaut traveling through outer space. As a side project, Sweet has released three albums of cover versions "Under The Covers" recorded with Susanna Hoffs, co-founder of The Bangles.