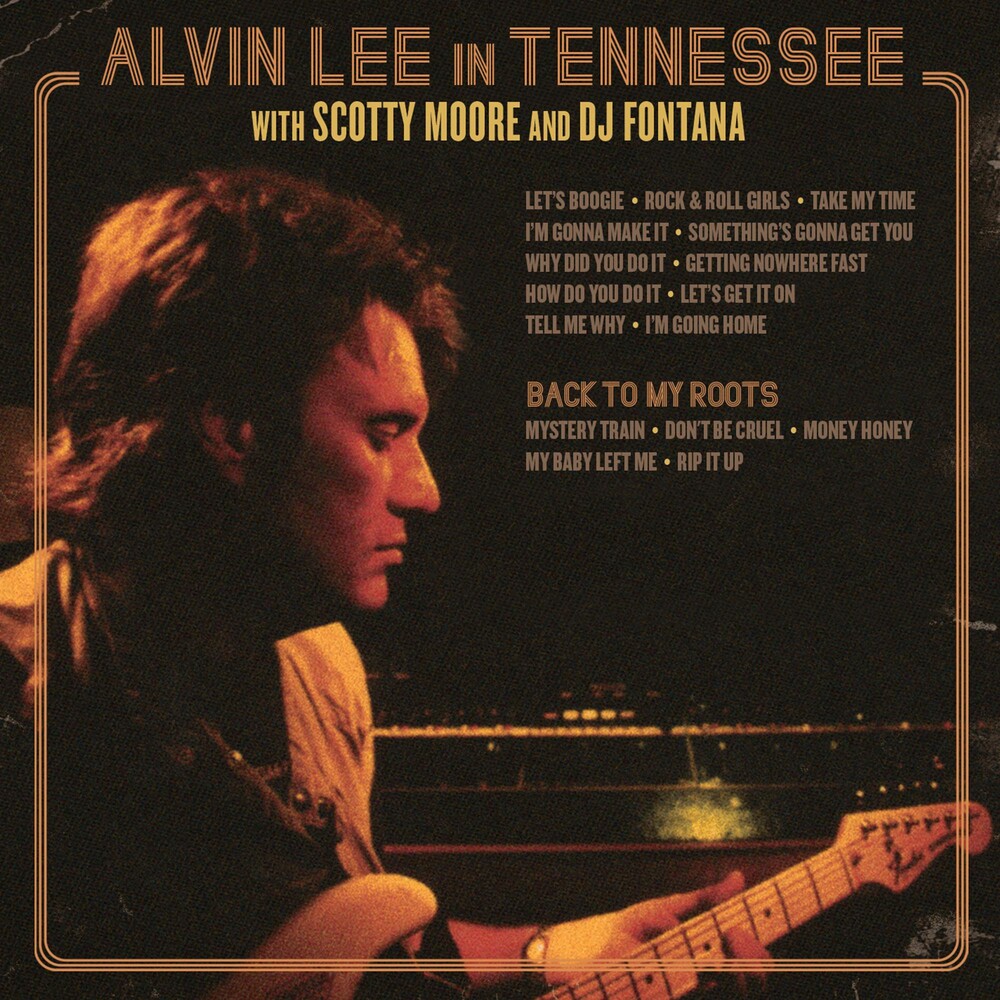 History was made again! This studio album by blues rock legend and Woodstock fretboard shredder Alvin Lee was recorded with Elvis Presley's original band members; guitarist Scotty Moore and drummer D.J. Fontana. Alvin wrote these songs for the sessions with Scotty and DJ which were recorded in 2003 at Scotty's home studio, Blueberry Hill. Playing live in the studio with the Sun Records legends backing him (along Pete Pritchard on double bass, Willie Rainsford on piano, and Tim Hinkley on the Hammond organ) was certainly a thrill for Lee. You can hear his enthusiasm in the recordings which balance the crispness of a new studio recording with the warmth and historic vibe of the early Memphis sound. Alvin's performances are sublime, and this may be his most invigorated solo studio album ever. In addition to In Tennessee, we have added five cuts of Alvin going back to his roots and playing Elvis covers with his own band in concerts throughout the years. We are proud to release these recordings for the first time on vinyl and believe it is must-listen for fans of Alvin Lee, Elvis Presley, early Memphis Rock & Roll, and Rockabilly.