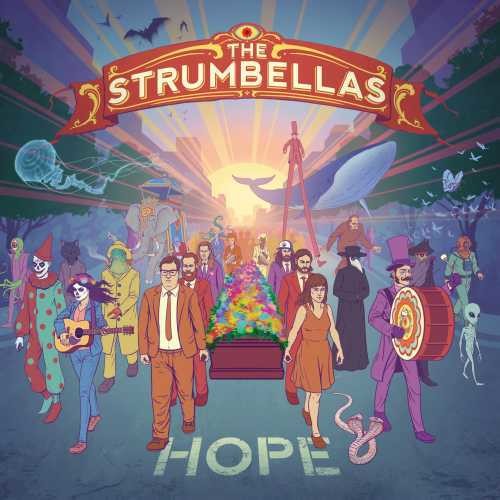 When a crowd is feverishly singing along with the last chorus upon first listen, you know it's a song that connects. This is what happens when The Strumbellas play Spirits , the first single from their forthcoming album, Hope. That experience embodies the essence of what has been attracting fans to this six-piece Lindsay, Ontario-bred band. Formed in 2009, the band has released two albums; toured across North America and in 2014 they were named Folk Group Of The Year by SiriusXM Indies. In early 2015, The Strumbellas, set up shop at downtown Toronto s Lincoln County Social Club to record the new album with Producer/Engineer Dave Schiffman (Johnny Cash, Haim, Weezer). During these sessions, Schiffman and the band harnessed a vivid alternative rock sound. Bigger. Bolder. Beckoning.