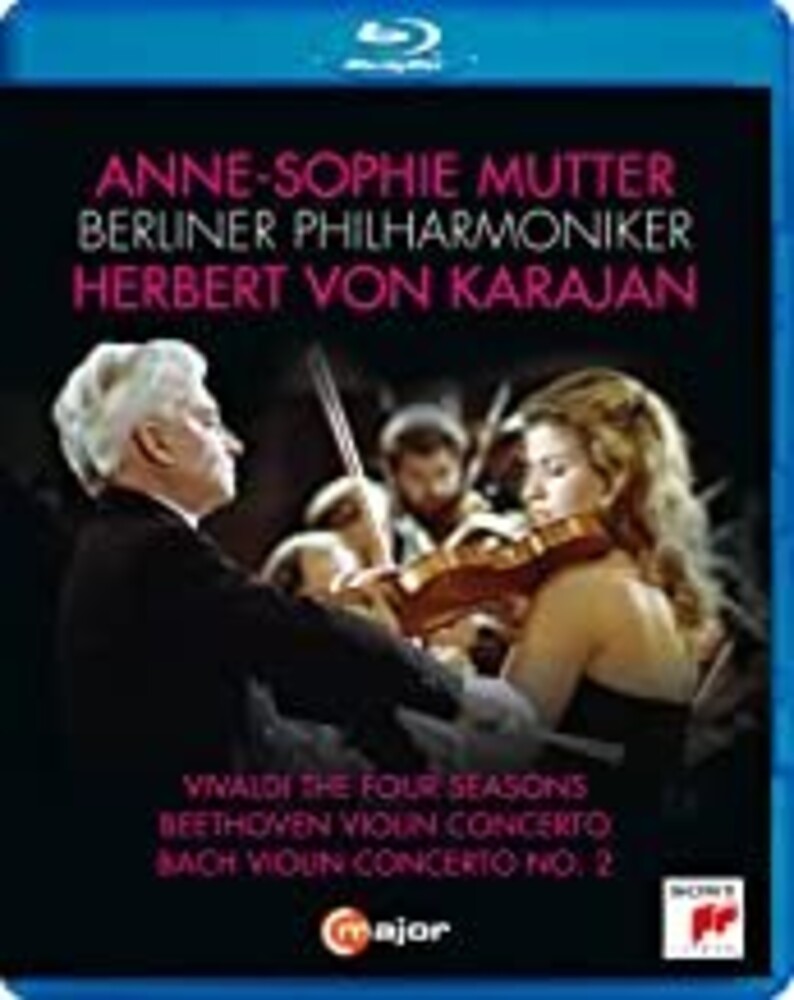 For the first time available on Blu-ray is this extraordinary artistic collaboration of three super stars: Herbert von Karajan, Anne-Sophie Mutter and the Berlin Philharmonic perform three popular violin concertos, filmed in 1984 and 1987 at the legendary Philharmonie Berlin. The very famous Beethoven Violin Concerto, the cardinal work in the violin repertoire, was filmed with 21-year old Anne-Sophie Mutter in 1984. In 1987 Karajan, together with Anne-Sophie Mutter and the Berlin Philharmonic, inaugurated the Chamber Music Hall at Berlin Philharmonie with this festive performance of Vivaldi's The Four Seasons. And New Year's Eve concert in 1984 celebrated the 300th birthday of Johann Sebastian Bach. These concerts show that Karajan, throughout his career, championed the use of visual media and new audio technology to enhance musical expression.