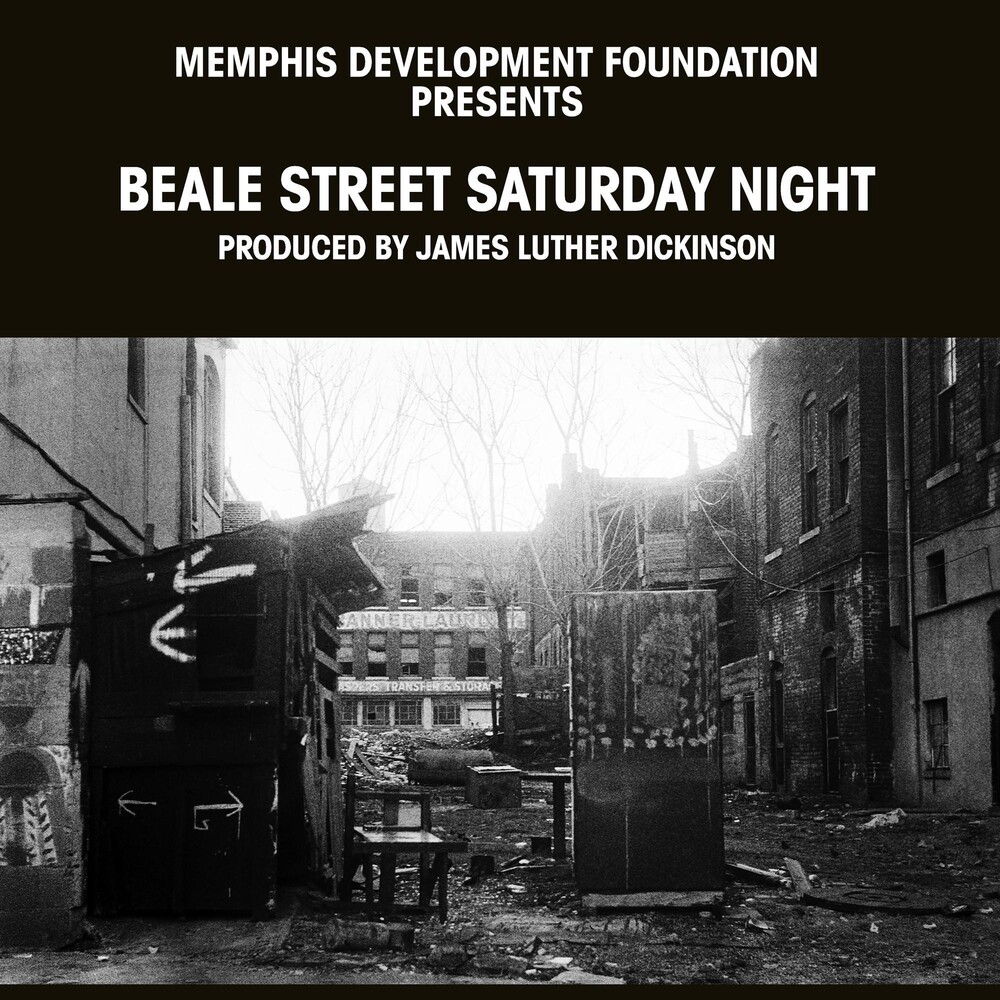 Memphis' Beale Street had been a hub of music and activity since the 1860s. As it was being plowed under for 'urban renewal' in 1976, James Luther Dickinson - who had played with The Stones, Ry Cooder and the Flamin' Groovies (later with Bob Dylan and the Cramps among others), as well as produced Big Star, Screamin' Jay Hawkins and Alex Chilton (also, The Replacements, Green On Red, and Mudhoney) - decided to not only celebrate the legacy of great Memphis music, but make it back into the place where both the blues and rock 'n' roll originated. A camaraderie of Memphis musicians, photographers, artists, thespians and 'appropriate weirdos' gathered under Dickinson's direction to record the heart of Beale Street - past and present. From Furry Lewis and Sleepy John Estes to Sid Selvidge and Dickinson's own Mud Boy & The Neutrons, Beale Street Saturday Night is an unparalleled audio trip through Memphis music history. Recorded in places varying from artists' homes, to Ardent Studios, to The Orpheum Theatre, Beale Street Saturday Night was originally created as a fundraiser for the Memphis Development Foundation. This reissue will serve a similar purpose as a portion of the proceeds will go to support the radio program Beale Street Caravan which focuses on Memphis music, new and old.