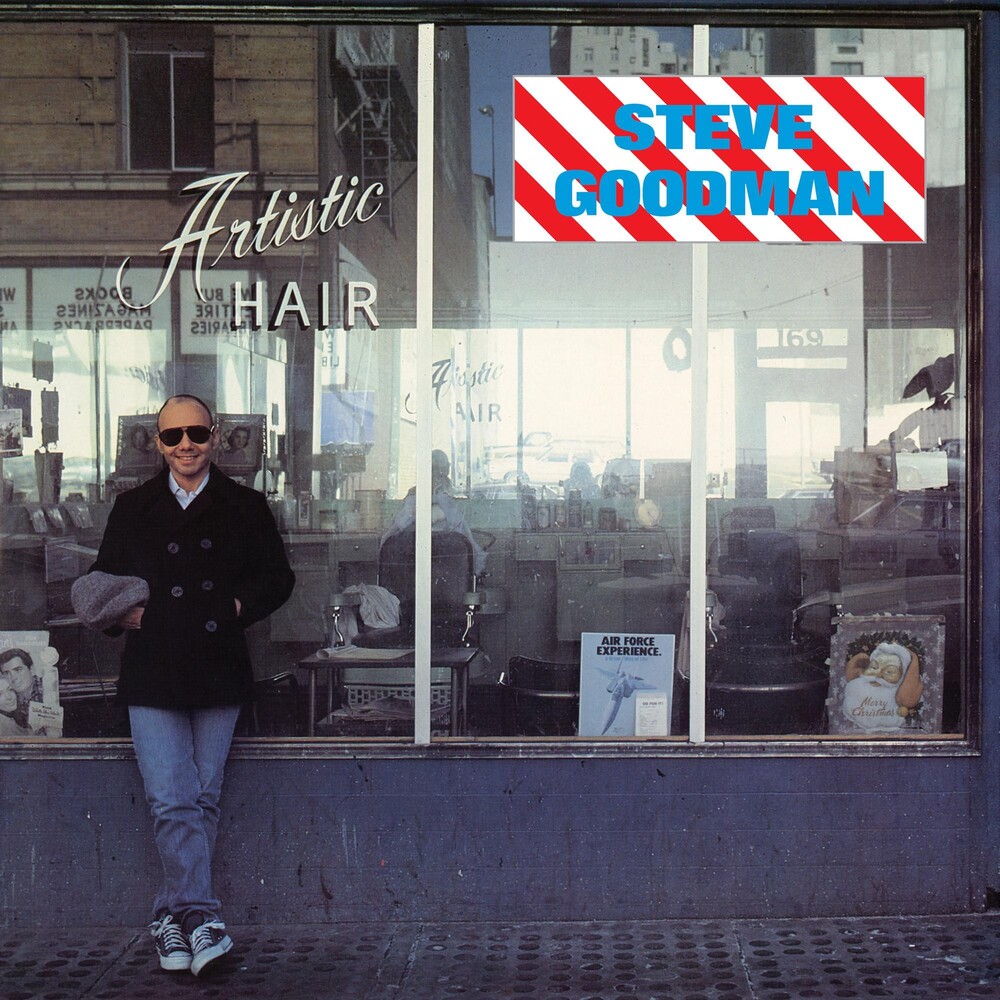 Remastered live Steve Goodman album.  10 bonus tracks drawn from the out-of-print anthology No Big Surprise.  Liner notes by Lee Zimmerman.  First in a series of Steve Goodman reissues and projects "Despite his success as a beloved singer and songwriter, Steve Goodman was an unassuming sort of guy. His songs shared simple truths while relating songs about everyday individuals who were content to celebrate the essence of life and living. His best-known song, "City of New Orleans, " earned him mainstream success when it became a Top 20 hit by Arlo Guthrie in 1972. Included in the long list of artists who have covered the now, modern day standard are Steve Earle, Johnny Cash, Judy Collins, Allen Toussaint, Joan Baez, John Denver and Willie Nelson whose version won the 1985 Grammy for Best Country Song and went to #1 on the Billboard Hot Country Singles Chart. Besides "City Of New Orleans" and his oft recalled paean to his beloved Chicago Cubs, appropriately titled "Go Cubs Go, " his devotion came from faithful fans who relished his intelligence, insights and humor." After stints with Buddah and Asylum Records, Goodman and his manager, Al Bunetta, started their own label, Red Pajamas Records. Artistic Hair, a live compilation album, was the first offering from the fledgling, artist-owned independent label. Ultimately, Red Pajamas became one of the first artist-owned record labels, and among the first to achieve major distribution. It also served as a template when John Prine, another of Bunetta's clients, launched his own label, Oh Boy Records. Artistic Hair was released to buy time for the studio album, Affordable Art, to be completed. It would be the last studio album released while Goodman was still alive. He succumbed to leukemia a year later, on September 20, 1984 at the University of Washington Medical Center in Seattle. He was only 36. Nevertheless, he kept his self-effacing attitude intact until the very end. He even gave himself a nickname, "Cool Hand Leuk, " a measure of his determination not to let his illness get the better of him. This new edition of Artistic Hair boasts ten additional live bonus tracks, all drawn from the now out of print anthology No Big Surprise. Among them are live versions of Goodman favorites like, "Lincoln Park Pirates" and "Men Who Love Women Who Love Men" as well as a live take on the Steve Goodman/John Prine co-write, "You Never Even Called Me By My Name" which David Allan Coe placed on the country charts in 1974. The reissue has been produced with the approval of the estate and is part of a series of forthcoming reissues and projects that will delight long-time fans and offer new audiences entry points to discover the remarkable work of Steve Goodman.