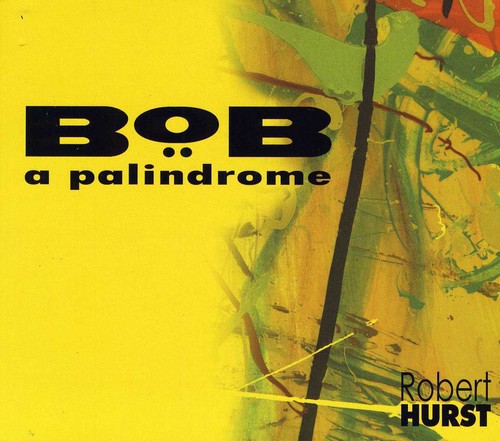 BoB: A Palindrome, an all-star Robert Hurst date and the fourth release on his Bebob label features a truly outstanding lineup including Branford Marsalis and Robert Glasper as well as Bennie Maupin, Marcus Belgrave, Jeff 'Tain' Watts, and Adam Rudolph. In 2004, Hurst became an Associate Professor of Music, now tenured, at the University of Michigan in Ann Arbor. It was a positive development that required a reordering of his career priorities. He had hoped to release BoB: A Palindrome by then, but in the days following 9/11, it was difficult to find time to put all of it's pieces together. Between flying back and forth between Los Angeles (where he was a member of the Tonight Show band) and Michigan, and recording and touring with Diana Krall and Chris Botti, he also needed more time to complete Bob Ya Head, which he began working on during 2007. With originals written as far back as 1985, BoB: A Palindrome draws warm inspiration from people who have played important roles in Hurst's life, and the sessions proved to be an exercise in spiritual healing. The jaunty and elegant '3 for Lawrence,' which begs for a big band treatment, pays tribute to Lawrence Williams, a drummer and composer from Detroit who set an important example for Hurst before his untimely death. The patiently unfolding, powerfully climactic 'Big Queen' and sweetly reflective 'Little Queen' were written for Hurst's wife (and manager) Jill and daughter Jillian. 'Tigers on Venus' commemorates a day on which Tiger Woods and Venus Williams both triumphed, a doubly proud moment for African Americans. Then there's 'Middle Passage Suite,' a lyrical, three-part meditation on black history inspired in part by Charles Johnson's prize-winning novel, Middle Passage. And the Headhunter-like 'Jamming (Ichabad),' a fusion-y workout that, as literary sleuths can deduce from the parenthetical reference, has no head.
This website uses cookies to personalize content and analyse traffic in order to offer you a better experience.
I accept Learn More
back to top