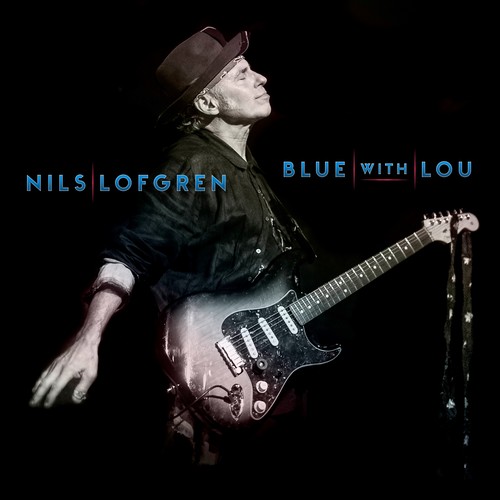 Rock & Roll Hall of Fame and E Street Band member Nils Lofgren returns with a vengeance with his first new studio album since 2011. From searing rock tracks to tender ballads, each composition takes you along on a sonic journey with one of rock's most respected players, displaying Lofgren's incredible guitar and songwriting talents. There are 6 songs on this album that were co-penned with Lou Reed, 5 of which have never before seen the light of day. Lofgren shares "this album was recorded live, the old school way. Inspired players in each other's faces rocking live in the studio. Andy Newmark on drums, Kevin McCormick on bass. We had a laugh at my live, backwards lead jam during 'Give,' one of 6 songs written with the great Lou Reed. Electric and inspired, I'm thrilled to share this new music. While Nils is best known as a member of Bruce Springsteen's E Street Band, he has a dedicated and loyal worldwide fan base, and an amazing 50 year solo career in between stints with Springsteen, Neil Young, and Ringo Starr Besides the Rock & Roll Hall of Fame, Nils has been honored with the "Outstanding Contribution Award" at the Classic Rock Awards held in London (joining esteemed company of previous winners who have included fellow Rock Hall of Famers Jeff Beck, Ronnie Wood and John Paul Jones), and been inducted into the Arizona Music and Entertainment Hall of Fame (where he currently resides with his wife Amy, who produced the album with him). PBS News Hour ran a segment on Nils' 50 years on the road in December. The new album will coincide with a US tour kicking off in early May. A national PR campaign will support the album and tour. This double LP set is packaged in a full-color gatefold jacket with picture sleeves