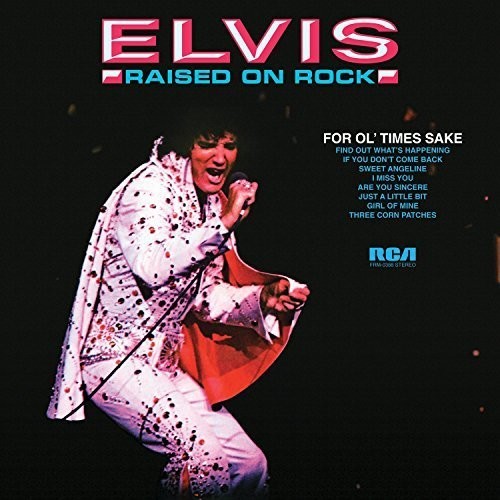 Limited edition 180 gram clear audiophile vinyl LP pressing housed in gatefold sleeve. Elvis Aaron Presley was born during The Great Depression into a poor family in Mississippi. They moved to Memphis during the early fifties, and as a struggling young truck driver, he cut some demos at Sun Studios as a gift for his beloved mother Gladys. These initial songs, of which he had only paid a few dollars to record, would become the catalyst that would kick-start the beginning of a soon to be worldwide superstar unlike the world has ever known. Filled with more winners than in a Las Vegas slot machine, Raised On Rock / For Ol' Times Sake contains several smashes including the Jimmy Reed blues classic Just A Little Bit, the soulful Memphis groovers Three Corn Patches, Find Out What's Happening, and of course the great ballad " Are You Sincere.