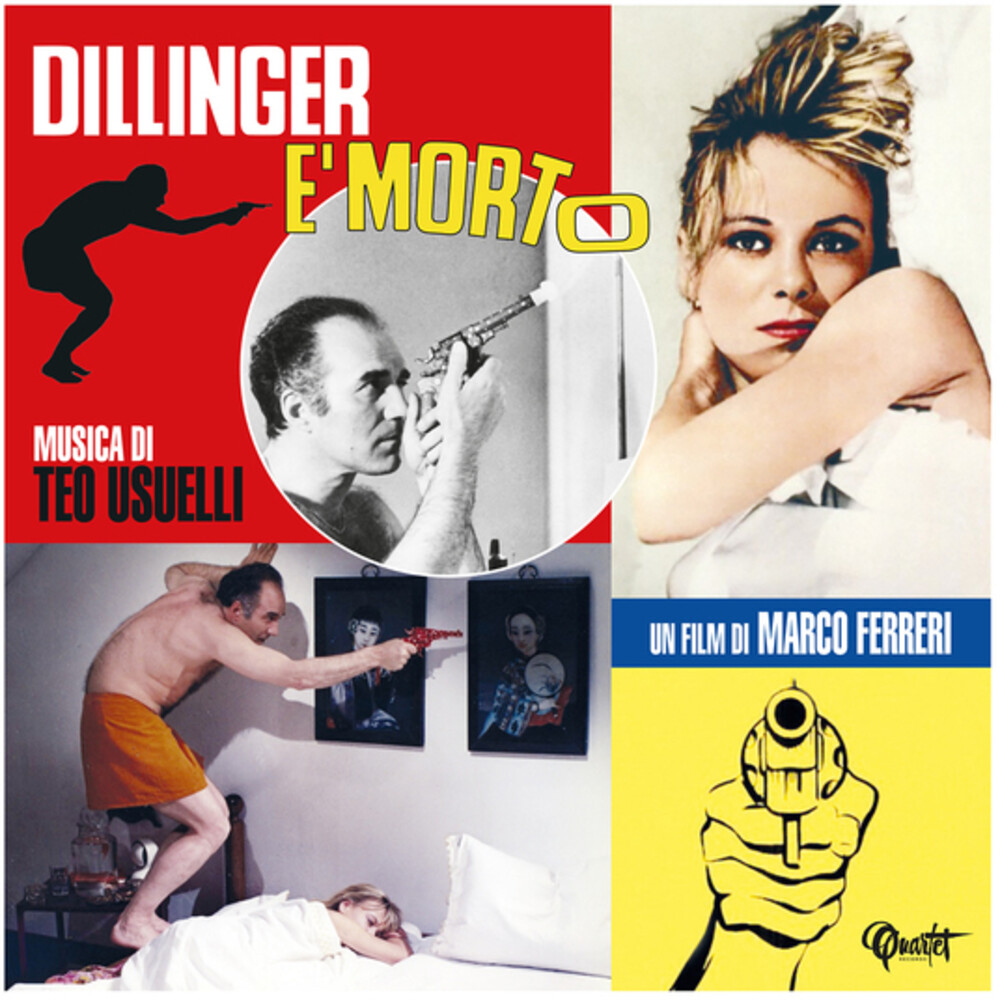 Quartet Records, in collaboration with GDM and Universal Music Publishing Italia, presents our first seven-inch single with the premiere release of Teo Usuelli's infectious score for Marco Ferreri's 1969 cult film DILLINGER E'MORTO, starring Michel Piccoli, Anita Pallenberg and Annie Girardot.The story is a darkly satiric blend of fantasy and reality. It follows a bored, alienated man over the course of one summer night in his home.Teo Usuelli had previously scored five films for Ferriri, and they would work together again on two more. For DILLINGER E' MORTO, he provided the contagious song "La luce accesa," performed by the Nora Orlandi choir. The flip side features the groovy and experimental "Cheiro Cores." These are the only two cues written by the composer for the film, since the rest consists of classical pieces and pop songs that come from the radio, other source music, and various cues taken from Ennio Morricone's score for AD OGNI COSTO. (Another version of "La luce accesa" performed by Lucio Dalla exists, but it couldn't be included here due to rights issues.) These two tracks by Teo Usuelli were previously included in the LP "Canzoni, Cori, Orchestra, Elettronica e Dodecafonica," released in 1973 for the composer's promotional use and practically impossible to find nowadays (at least not at an insane price). This is, then, the first official edition of DILLINGER E'MORTO.