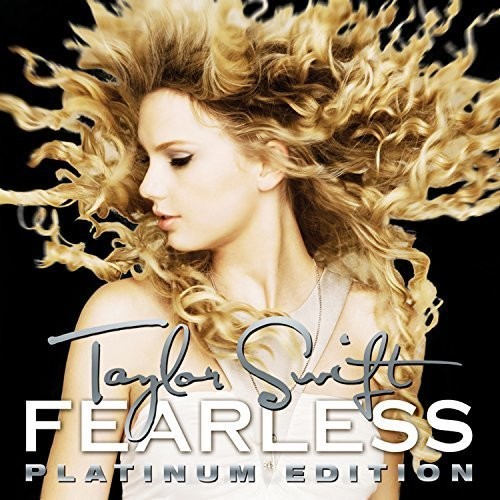 Limited double vinyl LP pressing in gatefold sleeve. Platinum edition of the pop/country star's sophomore album featuring six new songs not found on the original release. Taylor is the only country female artist to have five Top 10 singles from a debut album and the only country female vocalist this decade to reach the Top 5 on Billboard's Hot 100 Chart. Fearless was released on November 11, 2008, by Big Machine Records. As with her debut, Swift wrote or co-wrote all 13 original tracks on Fearless. Most of the songs were written as the singer promoted her debut album as opening act for numerous country artists. Due to the unavailability of collaborators on the road, eight songs were self-penned by Swift. Other songs were co-written with Liz Rose, Hillary Lindsey, Colbie Caillat, and John Rich. Swift also made her debut as a record producer, co-producing all songs on the album with Nathan Chapman.