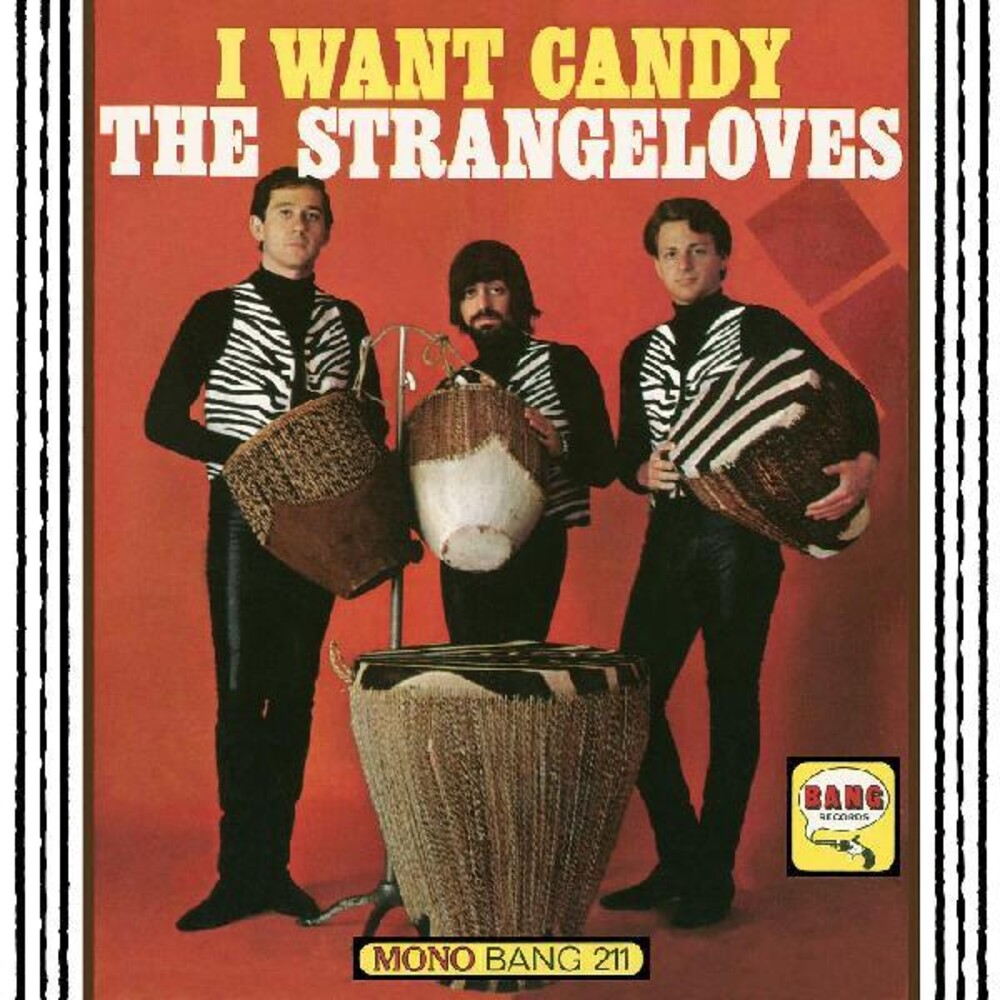 Limited red colored vinyl LP pressing. What do three budding music moguls from Brooklyn do when all the music business is obsessed with the British Invasion? Easy they pretend they grew up in Australia (on a sheep farm, no less)! But, as it turns out, Richard Gottehrer, Jerry Goldstein, and Bob Feldman (a.k.a Giles, Miles, and Niles Strange) didn't need any gimmicks to succeed in the music business. They had already written and produced The Angels hit My Boyfriends Back when they launched The Strangeloves; Gottehrer went on to co-found Sire Records and The Orchard, while Goldstein produced Sly & the Family Stone and War among the band members many industry achievements. But for their one and only album, Giles, Miles, and Niles Strange they were, adorned in caveman gear on the front cover of this 1965 release on Bert Berns Bang label. I Want Candy (later, of course, covered by Bow Wow Wow) was the big hit, but Cara-Lin and Night Time also scraped the Top 40, and the trio also premiered their song Hang On Sloopy before they gave it to their discovery The McCoys who took it to number one.