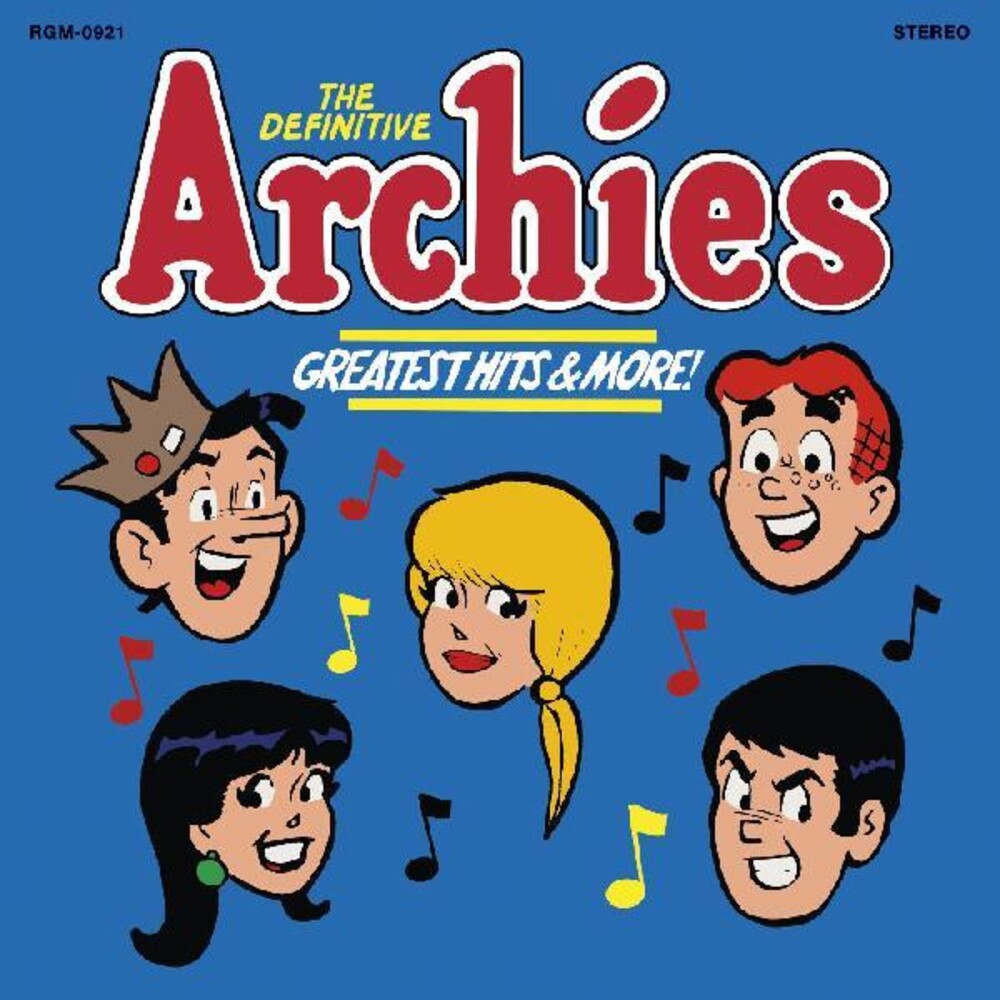 Limited edition vinyl LP pressing. The first vinyl compilation in 30 years from everybody's favorite back-of-the-cereal-box band! And, unlike recent (and decidedly unauthorized) reissues of The Archies' albums, this release is not a disc dub! Brainchild of Don Kirshner, the man behind The Monkees, The Archies, for all of their "manufactured" image, were actually the result of a remarkable collection of talent. Holding down production duties was Jeff Barry, whose songwriting collaborations with then-wife Ellie Greenwich and Phil Spector had yielded such classics as "Da Doo Ron Ron" and "Be My Baby," and whose previous production credits included The Shangri-Las ("Leader of the Pack") and The Monkees. Aiding Barry on the songwriting side was Barry discovery Andy Kim ("Rock Me Gently"), with whom Barry penned The Archies' biggest hit, "Sugar, Sugar." And at the mic was the great Ron Dante, whose first chart hit, ironically, was The Detergents' "Leader of the Laundromat," which was a parody version of "Leader of the Pack!"