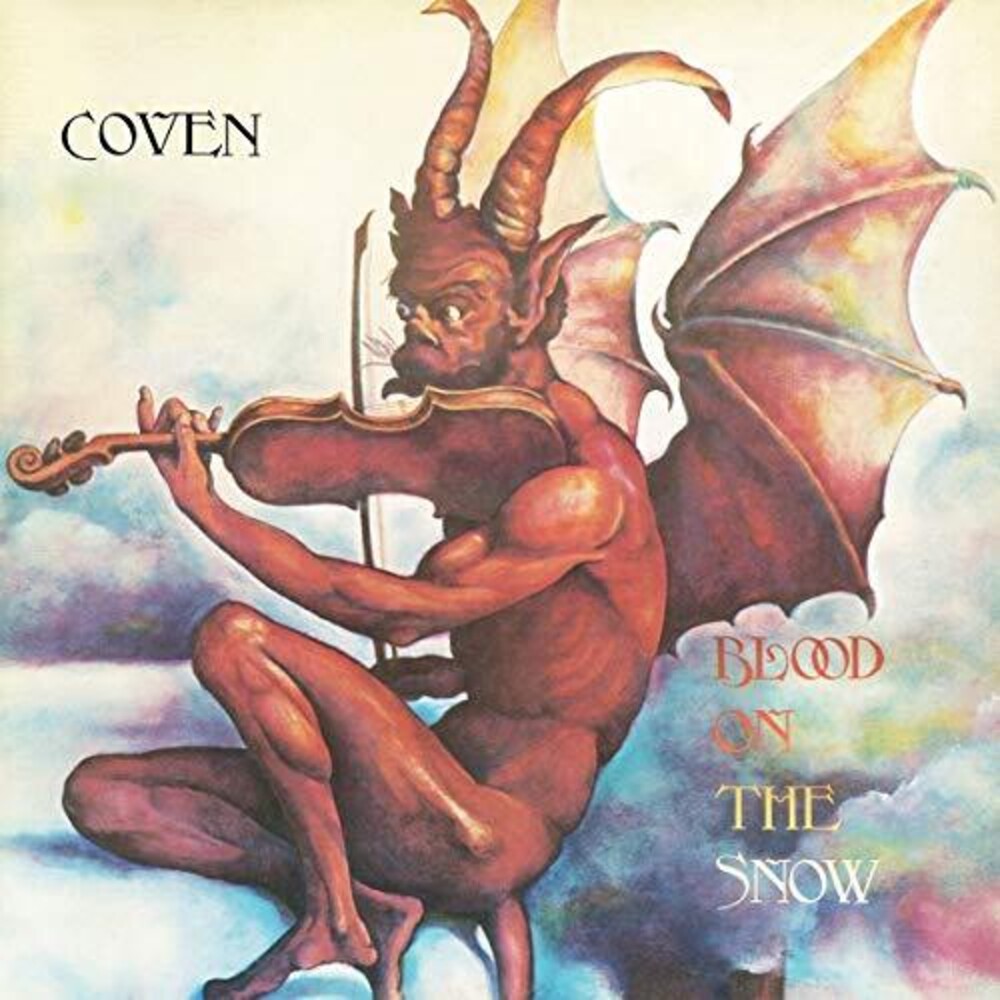 We caused a stir of supernatural proportions last year when we reissued Coven's 1969 debut album Witchcraft Destroys Minds and Reaps Souls, complete with nude sacrificial centerfold and instructions for a Black Mass. And Blood on the Snow, which displays a violin-playing devil on the cover and pictures of some sort of weird occult ritual on the gatefold spread, promises more of the same. But, in the sure hands of Who producer Shel Talmy, this 1974 release on the Buddah label presents a much milder, even, dare we say, benevolent version of the band that launched the whole genre of Satanic rock. Part of this was no doubt due to Coven's having gotten a taste of mass chart success in the early part of the decade with their version of 'One Tin Soldier' that was featured in the Billy Jack movie. And, while true unbeliever and lead singer Jinx Dawson'one of the most unjustly neglected vocalists of her era'is still around, guitarist Christopher Neilsen brings a lighter songwriting touch to the material, former guitarist Jim Donlinger having left to further pursue his interest in the macabre with the band H.P. Lovecraft. That's not to say that Blood on the Snow is a pop record; 'Don't Call Me' almost sounds like Raw Power Stooges, their cover of Alan O'Day's 'Easy Evil' is the toughest ever recorded, and the title song simply blazes. But only 'Blue, Blue Ships,' with it's melancholy take on mortality, would qualify as a song about the occult, and numbers like 'This Song's for All You Children' and 'Lady-O' wouldn't be out of place on a Fleetwood Mac or Jefferson Starship album, thanks in part to Talmy's orchestral production touches. In short, this was a band far more talented and versatile than Buddah knew how to handle; hence this was the last Coven album to emerge for 40 years. But it's a hotly pursued one at that; and for it's first-ever LP reissue, we've pressed up a white and red 'Blood on the Snow' vinyl edition limited to 1200 copies, housed inside a gatefold jacket with an inner sleeve featuring lyrics!