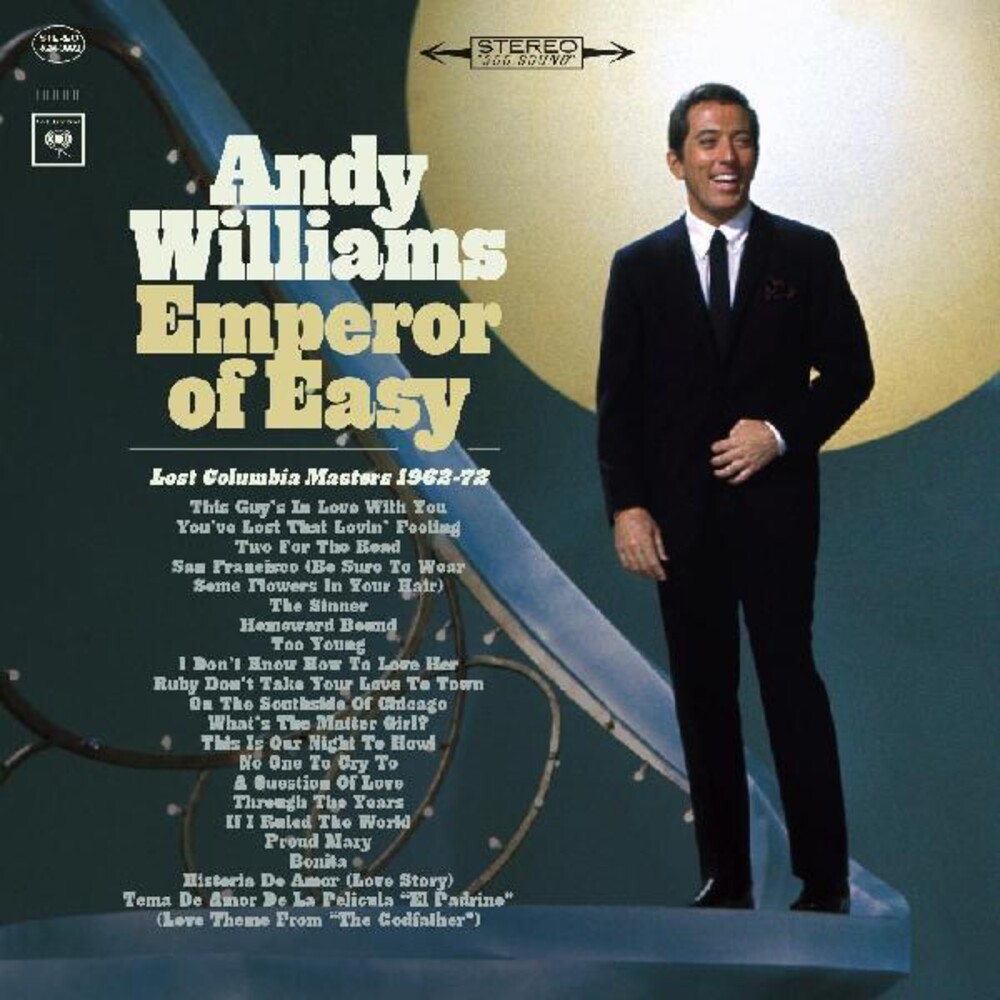 During this two-decade association with Columbia Records, Andy Williams chalked up more hit singles and sold more albums than any other traditional pop crooner of the period. Boosted by the popularity of his Emmy-winning television series The Andy Williams Show, the personable singer bridged the classic American Songbook of standards and showtunes with the modern pop-rock songs of the 1960s and 1970s. His widespread popularity saw Williams become the host of the Golden Globe Awards in the 1960s followed by annual duties fronting the Grammy Awards in the 1970s. All of which begs the question: why haven't we seen (and heard) a rarities collection from this iconic vocalist? Now, for the first time ever, Andy's immense archive of Columbia recordings has been combed through to dig up a bounty of previously unreleased tracks from his peak 1962-1972 era, including covers of familiar tunes such as You've Lost That Lovin' Feeling, 'This Guy's in Love with You, Homeward Bound, Too Young, and I Don't Know How to Love Her. Andy also offers his warm and romantic renditions of Henry Mancini's Two for the Road, the summer of love anthem San Francisco (Be Sure to Wear Flowers in Your Hair)' and a rare, never-before-heard Burt Bacharach-Hal David composition, A Question of Love. And, as a bonus, rare, rare Spanish versions of Andy's smashes Love Story (Where Do I Begin) and Love Theme from The Godfather lend the collection some hit power. With notes by Joe Marchese, rare photos, and mastering right from the tapes by Mike Piacentini at Sony's Battery Studios, this 20-track Real Gone Music release offers a long-overdue coronation of one of the most successful and beloved balladeers of the late 20th century, the 'Emperor of Easy'Andy Williams.