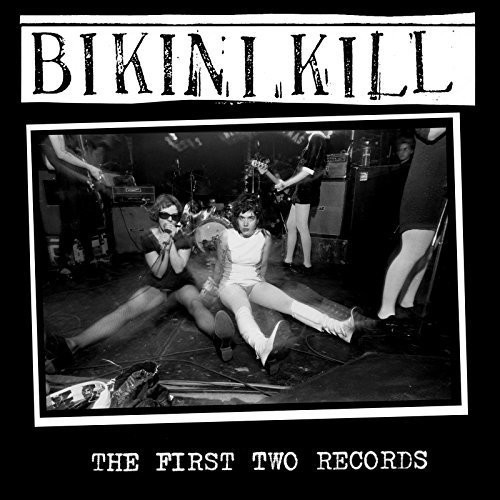 2015 release that compiles the band's self-titled and Yeah Yeah Yeah Yeah releases plus bonus material including tracks never before released on CD. The self-titled 12-inch, originally released in the fall of 1992 is comprised of four songs recorded by Ian MacKaye at Inner Ear Studios; one song from the band's 1991 demo cassette recorded by Pat Maley; and one song recorded during Bikini Kill's live performance April 4th, 1992, at Washington, DC's Sanctuary Theater. Side A of Yeah Yeah Yeah Yeah was originally released in 1993 as the Bikini Kill side of their split record with the UK's Huggy Bear. Those tracks were recorded in their Washington, DC, basement practice space on a four-track reel-to-reel in 1992 by Tim Green. Side B featured seven previously unreleased songs that were either recorded live at shows during that era or at Bikini Kill practices. These tracks are released on CD for the first time. Bikini Kill was a feminist punk band based in Olympia, WA, and Washington, DC, that existed from 1990 to 1997. Kathleen Hanna sang, Tobi Vail played drums, Billy Karren (a.k.a. Billy Boredom) played guitar and Kathi Wilcox played bass. Sometimes they switched instruments. Bikini Kill is credited with instigating the Riot Grrrl movement in the early '90s via their political lyrics, zines and confrontational live show