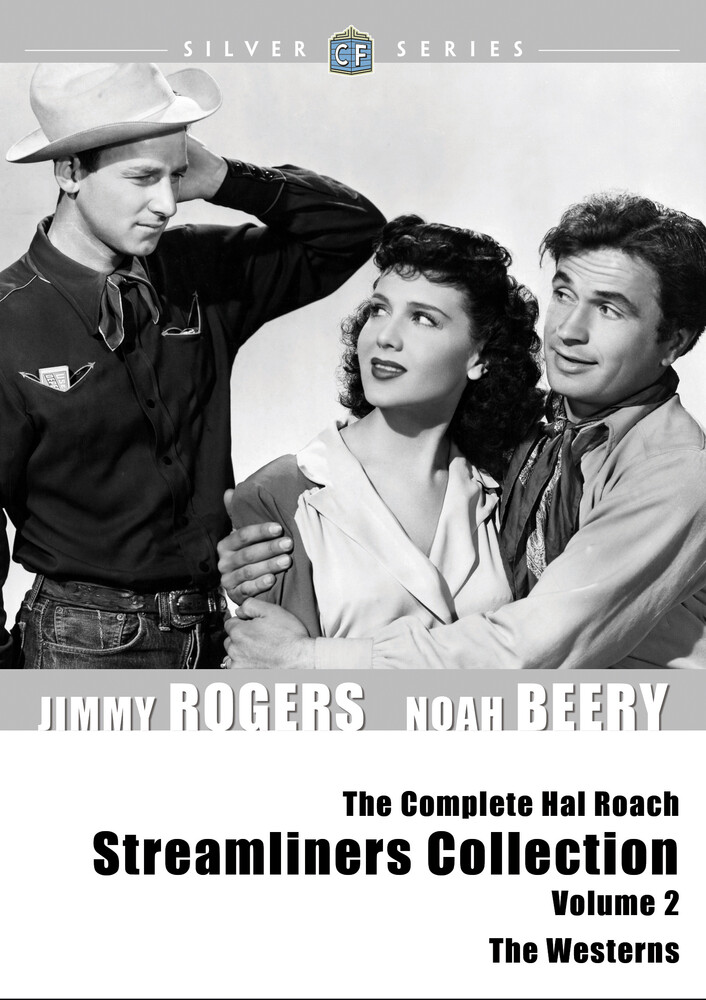 For the first time on home video come all three Hal Roach Western streamliners from ClassicFlix!The Hollywood producer who presided over the "Lot of Fun" created the concept of the "streamliner" in the 1940s-motion pictures that met the feature film and movie short halfway to economize on production costs and accommodate the playbills of theaters. A total of 22 streamliners were produced by the Hal Roach Studios between 1941 and 1948.Roach cast Noah Beery, Jr. In the role of happy-go-lucky cowpoke Pidge Crosby and teamed him up with Jimmy Rogers as his dim-but-loyal sidekick. Rogers was the son of the legendary Will Rogers (an audience favorite from the previous decade) and the duo entertained moviegoers with a trio of breezy western comedies: Dudes are Pretty People (1942), Calaboose (1943) and Prairie Chickens (1943).This special three movie collection is a must-have for any fan of Hal Roach with each film culled from the original Hal Roach Studio masters. Featured players include Marjorie Woodworth, Joe Sawyer, Jack Norton, Marc Lawrence, Frank Faylen, Raymond Hatton, Mary Brian, Iris Adrian, Grady Sutton and Rosemary La Planche.Dudes Are Pretty People (1942, 46 min.)After losing their horses in a poker game, Pidge falls hard for "dude girl" Marcia, forcing Jimmy to go to extreme measures to rescue his lovestruck pal from a certain broken heart.Calaboose (1943, 45 min.)After swearing off women, Pidge is smitten with a gal who has a heart bent toward reforming criminals. To gain her affection, he gets himself thrown in the "calaboose" (jail)-much to the dismay of Jimmy.Prairie Chickens (1943, 47 min.)When Pidge is mistaken as the absentee owner of a large ranch, the ranch's crooked foreman plans a spooky night to scare off Jimmy and his chum so he can make off with 4, 000 head of cattle.