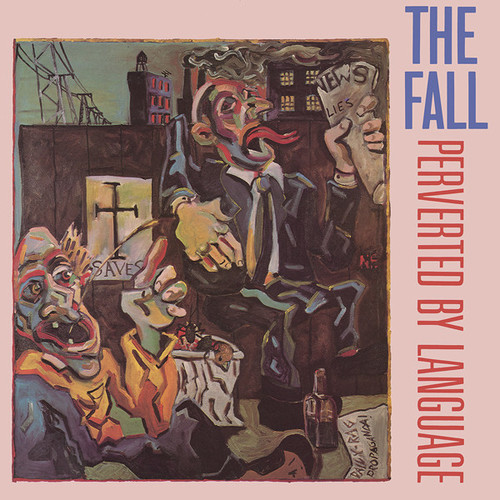 Perverted By Language
Artist: The Fall
Format: Vinyl
New: OUT OF STOCK. Contact us for availability.
Wish

Vinyl LP pressing. The Fall returned to Rough Trade in 1983 to release a pair of singles and Perverted By Language, their sixth proper studio album. Perverted By Language hints at the band's shift towards a distinctly pop approach, one that they would perfect via their Beggars Banquet output that immediately followed. Yet again, the force and panic of their initial Rough Trade recordings remains the foundation for much of the album. A transitional recording in the absolute best sense, Perverted By Language is The Fall both as they were and as they would become. The emergence of Brix Smith is often cited as the impetus for The Fall's move toward outward pop, and she first makes her first appearance with the band on Perverted By Language. Nowhere is her presence felt more than on 'Hotel Blöedel', where she handles lead vocal duties alongside Mark E. Smith whose mangled violin accompaniment roots the song's cold romanticism in his unmistakable brand of strange. 'Garden' provides a new take on The Fall's stretched-out tendencies-using ringing, clean guitars to build a nearly 10-minute epic more subtly than ever before. The opener, 'Eat Y'self Fitter', is wholly classic Fall: a playfully circular bass line drives the album's strongest vocal spout, complete with emphatic breaks where Mark E. Smith issues the song's spiteful decree with equal parts glee and scorn.