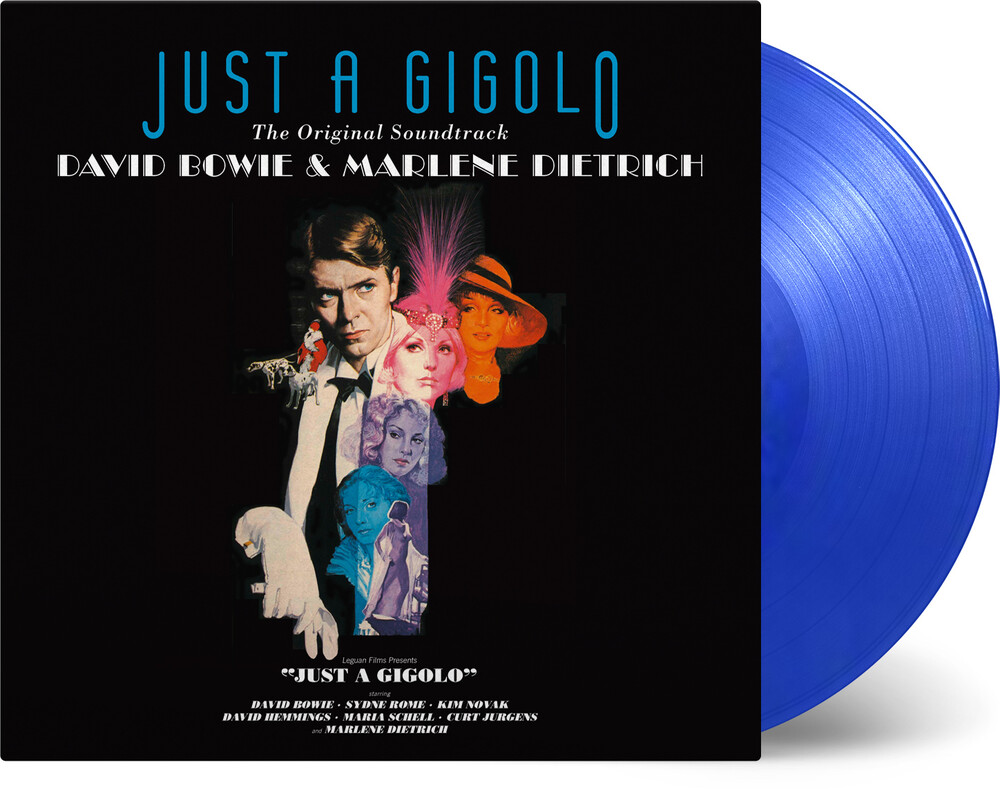 Limited 180gm audiophile vinyl LP pressing. Housed in a PVC protective sleeve. Different track listing compared to original release. Includes all three different versions of the David Bowie composed/recorded composition 'Revolutionary Song', two featuring Bowie on vocals (parts 1 & 3). The legendary Marlene Dietrich as the madam of a regiment of gigolos, including David Bowie, in post-World War I Berlin. That was the chemistry conceived for the film Just A Gigolo, and Marlene, who hadn't spoken a line of dialogue before movie cameras for 17 years, agreed to return to the screen because she was eager and willing to team up with Bowie. Capturing the atmosphere of the era, the soundtrack also features exclusive contributions from various artists including Bowie, who composed and recorded the composition 'Revolutionary Song' between scenes and provided most of the accompaniment. There were three different versions produced for the film, two featuring Bowie on vocals (parts 1 & 3). There are also three tracks from American award-winning vocal group The Manhattan Transfer, whose haunting and disturbingly sexy version of the song 'Johnny' is a classic, as well as music from The Pasadena Roof Orchestra, Sydne Rome, and The Gunther Fischer Quintet.