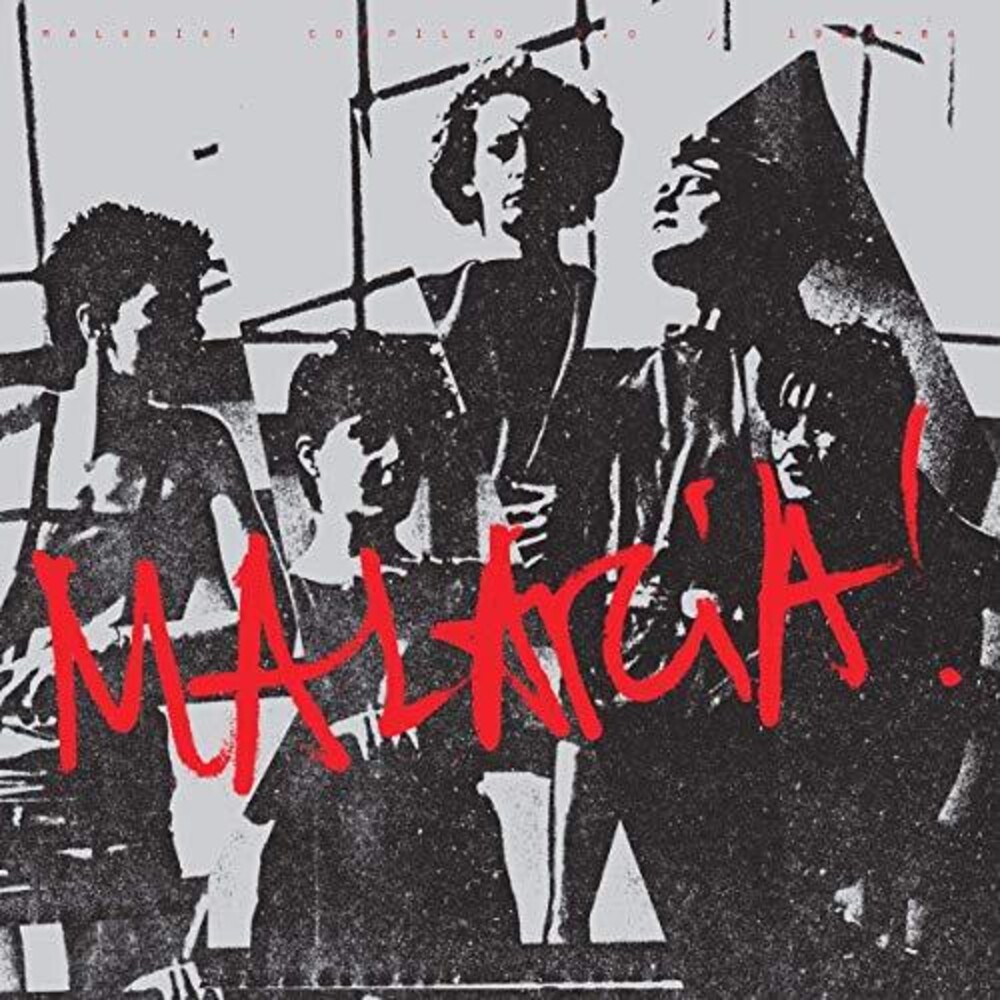 January 1981 found Gudrun Gut and Bettina Koster in Christopher Franke's Berlin-Spandau Studio recording their first Malaria! EP (Zensor Records). Christine Hahn of The Static with Glenn Branca and Barbara Ess, joined in from New York, and Manon P. Duursma fresh from Nina Hagen's O.U.T. project, and Susanne Kuhnke completed the line-up. Malaria! Started touring intensively soon after the release of their 12", commencing with a concert with New Order at Brussel's Ancienne Belgique, and going on from there to concerts with Siouxsie and the Banshees, Birthday Party, The Slits, The AuPairs, Raincoats, Nina Hagen, John Cale, and Einstürzende Neubauten. They played venues as diverse as the Mudd Club, Peppermint Lounge and Studio 54 in New York, the Documenta in Kassel, the Bat Cave in London, Les Bains Douche in Paris, Milky Way and Paradiso in Amsterdam, ICA in London, the Piazza Santa Maria Novella in Florence, and Markthalle in Hamburg and naturally, again and again, at the SO36 in Berlin. While touring, Malaria! #used their time off to record in Studios in New York, London, Brussels, New Orleans, and in Berlin - How Do You Like My New Dog? 7" (1981), Weisses Wasser 12" (1982), New York Passage 12" (1982), Revisited cassette (1983), and the Emotion album (1982). At the BBC studios in London, Maida Vale, Malaria! #recorded a John Peel Session. Malaria! #took a break in 1984 - Bettina and Christine re-located to New York, and Gudrun and Manon stayed in Berlin to form Matador with Beate Bartel, but not before they recorded their mini-album, Beat The Distance (1985). In 1992 Gudrun, Bettina, Christine, and Manon met up in New Orleans with Jim Thirlwell (Foetus) to record Elation 12". Elation was followed by Cheerio (1993), which again was recorded in Berlin. Chicks on Speed did their own version of Malaria!'s song, "Kaltes Klares Wasser" in 2001, and the remix went into the German Top 10. Malaria! #has been an instrumental part of Berlin music history, as recently presented at the "Zurück zum Beton" at Düsseldorf's Kunstakademie, Kunsthalle Wien "Punk!", "Geniale Dilletanten" Goethe Institut, and in B-Movie.