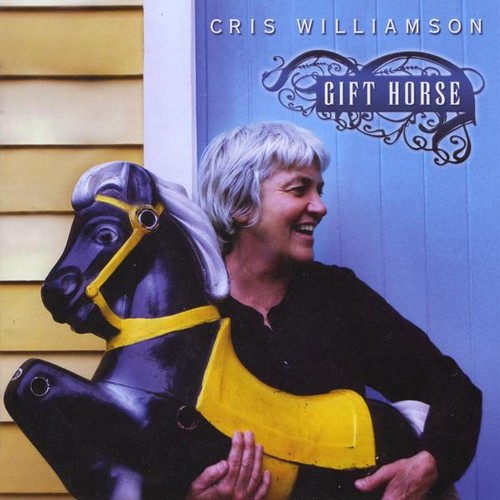 Decades before indie labels were the norm, and years before women had any real access to the industry, Cris Williamson was busy changing the face of popular music. In 1975, the twenty-something former schoolteacher recorded The Changer And The Changed, for her brainchild, Olivia Records. Today, that record remains one of the best-selling independent releases of all time. For Cris, the music became the vehicle for something larger. Her lyrics appear on a regular basis in books and thesis papers. Her albums are part of the curriculum for women's studies courses, and thousands of people who may not even know her name join their voices in 'Song of the Soul' around campfires and places of worship. She is often considered a treasure, passed hand-to-hand, person-to-person. Says the Boston Phoenix, 'Williamson is an heroic character whose tireless activism continues.' For thirty-some years, Cris has toured incessantly, performing in Russia, Europe, Australia, and New Zealand. One of the most successful performers on the acoustic circuit, she continues to criss-cross America, selling out Carnegie Hall three times, and headlining among others, the Newport and Kerrville Folk Festivals. Cris is currently writing her memoir and recording a series of albums. Cris's latest release, GiftHorse, a follow-up to her 2008 release, Fringe --- continues the theme of returning home - in body, spirit and memory. The places we have left, by moving or maturing, abide in us still, and Cris takes us back to her beloved Wyoming with old songs and new originals, paying tribute to the Prairies and the People she holds so dear.
This website uses cookies to personalize content and analyse traffic in order to offer you a better experience.
I accept Learn More
back to top