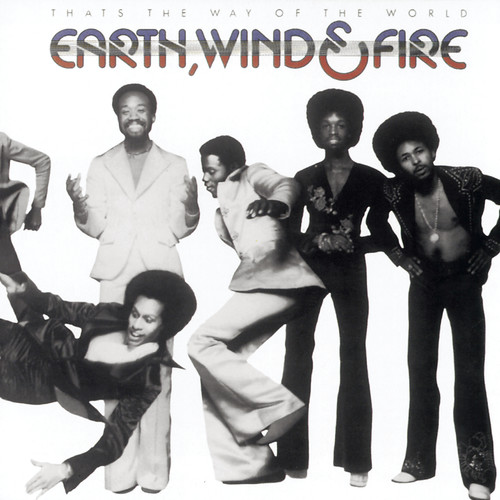 Earth, Wind & Fire has delivered more than its share of excellent albums, but if a person could own only one EWF release, the logical choice would be That's the Way of the World, which was the band's best album as well as its best-selling. Open Our Eyes had been a major hit and sold over half a million units, but it was World that established EWF as major-league, multi-platinum superstars. Fueled by gems ranging from the sweaty funk of "Shining Star" and "Yearnin' Learnin'" to the gorgeous ballad "Reasons" and the unforgettable title song, EWF's sixth album sold at least five million units. And some of the tracks that weren't major hits, such as the exuberant "Happy Feelin'" and the gospel-influenced "See the Light," are equally powerful. There are no dull moments on World, one of the strongest albums of the 1970s and EWF's crowning achievement. [The 1999 CD reissue has five previously unreleased "sketches" from late 1974, including much briefer instrumental run-throughs of "Shining Star" and "That's the Way of the World," the first take alternate vocal of "All About Love," an alternate of "Happy Feelin'," and the jazz-oriented jam "Caribou Chaser" the only one of the five not to be represented in a different version on the proper album.]