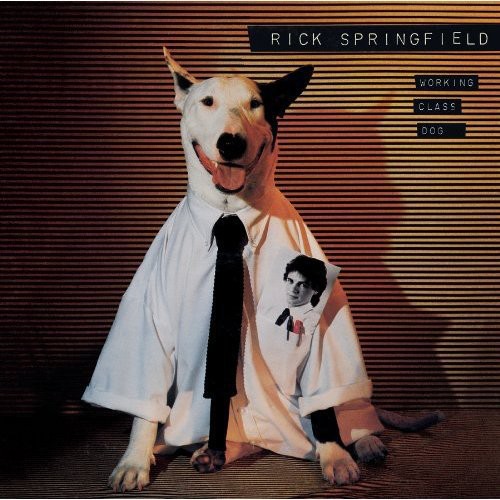 Digitally remastered and expanded edition of the 1981 breakthrough album by the singer, songwriter and actor including three bonus tracks. Recorded in his adopted home of Los Angeles, at the now famed Sound City studios, with a production combination of Rick Springfield, Bill Drescher and Fleetwood Mac producer, Keith Olsen, the album exploded out of the box to become one of the biggest selling records of the year, eventually achieving three million units. In addition, the single 'Jessie's Girl' reached #1 on the charts, helping to define his clean cut Pop Rock style and providing a watershed mark for the rest of his career. Penning nine of the 10 songs himself, it was left to fellow rocker Sammy Hagar to provide the second hit single taken from this record, 'I've Done Everything for You,' a song originally written in 1977, but not recorded at that time. As near a perfect a Pop Rock album as you could wish for, Working Class Dog set the standard for radio friendly Rock for much of the '80s.