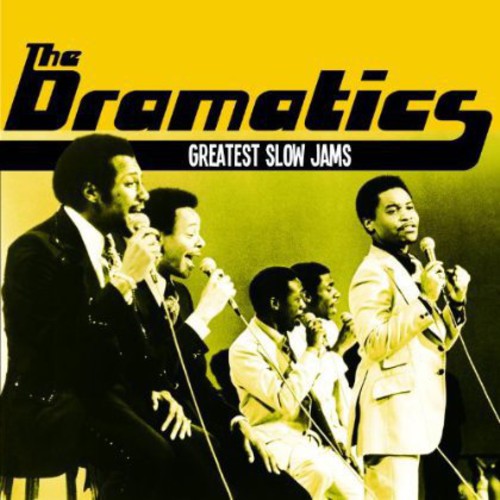 Producer Kevin 'Slow Jammin' James has brought together a collection of the ultimate slow jams from American soul group The Dramatics, whose members included Ron Banks, L.J. Reynolds, Lenny Mayes, Willie Ford and Winzell Kelly. The Dramatics - GREATEST SLOW JAMS collection stems predominantly from the band's breakout hits of the early '70s, a time when the band was recording with Stax-Volt as well as ABC Records. 'Tomorrow,' a track originally released on Fantasy in 1985 by Dramatics vocalist L.J. Reynolds, has never before been made available on CD. This album includes such chart-toppers as 'Toast to the Fool' and their popular number one R&B hit 'In the Rain.'