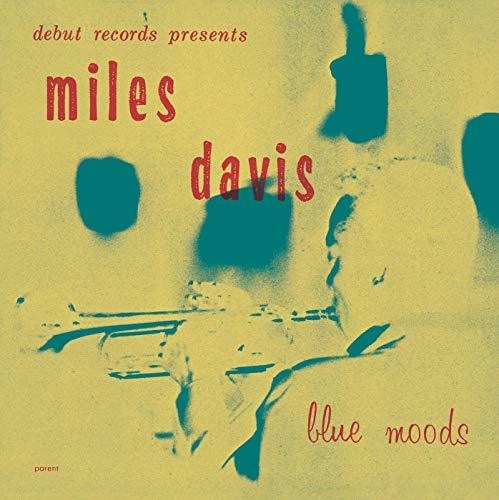 In the '50s, the party line among New York jazz critics was that hard bop was the "true faith" and that cool jazz was lightweight and unemotional. But Miles Davis knew better. The trumpeter (whose Birth of the Cool sessions of 1949-1950 proved to be incredibly influential) was smart enough to realize that cool jazz and hard bop were equally valid parts of the house that Charlie Parker built, and he had no problem working with cool jazzmen one minute and hard boppers the next. Recorded for Charles Mingus' Debut label in 1955, Blue Moods is an excellent example of cool jazz.

However, not all of the musicians who join Davis on this album were full-time members of jazz's cool school. Although vibist Teddy Charles was cool-oriented, Mingus (upright bass) and Elvin Jones (drums) were never considered cool players - and the lyrical trombonist Britt Woodman was, in the '50s, best known for his association with Duke Ellington. Nonetheless, the things that characterized cool jazz - subtlety, restraint, and understatement - characterize Blue Moods. Mingus and Jones were certainly capable of being forceful and aggressive, but you won't hear them being intense on this disc; a very laid-back, gently introspective approach prevails on interpretations of "Easy Living," "Alone Together," "Nature Boy," and "There's No You." Clocking in at 27 minutes, Blue Moods is quite skimpy by most standards