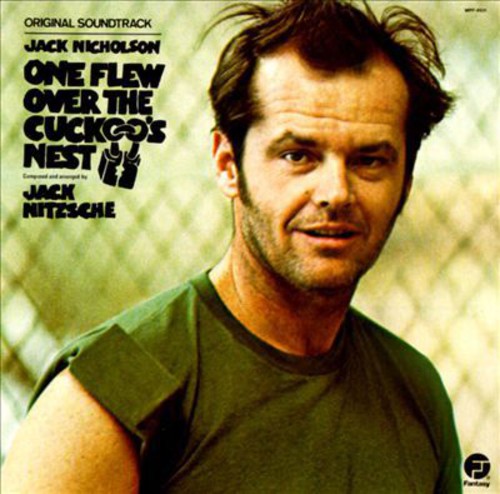 One Flew Over The Cuckoo's Nest [Vinyl Soundtrack]

Limited deluxe 180gm vinyl LP repressing in gatefold sleeve housed in a box with bonus materials. Fantasy Records presents the Academy and Grammy Award-nominated score from the 1975 hit film One Flew Over the Cuckoo's Nest, housed in a deluxe vinyl box set. Fans will uncover the LP, pressed on 180-gram vinyl, in a reproduction of the original gatefold jacket. Accompanying the soundtrack is a poster which was included with the original 1975 LP; two collectable pin-back buttons; as well as an illustrated booklet containing stills from the film, plus insightful notes by director Milos Forman. One Flew Over the Cuckoo's Nest stars Jack Nicholson, Louise Fletcher, and Will Sampson. The supporting cast features William Redfield, Brad Dourif, Danny DeVito, Christopher Lloyd, and Scatman Crothers. The film was the second to win all five major Academy Awards (Best Picture, Actor in Lead Role, Actress in Lead Role, Director, and Screenplay) following It Happened One Night in 1934, an accomplishment not repeated until 1991 by The Silence of the Lambs. The score was composed by Jack Nitzsche.