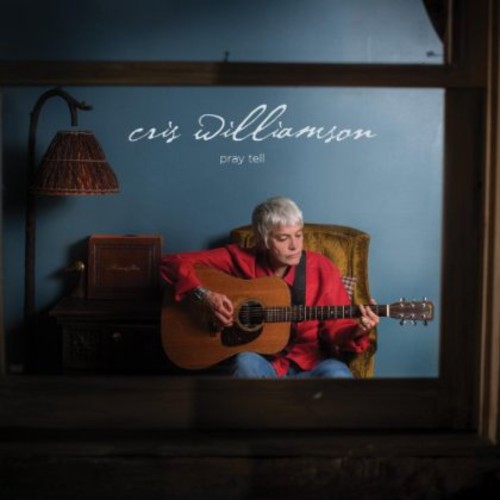 Decades before indie labels were the norm, and years before women had any real access to the industry, Cris Williamson was busy changing the face of popular music. In 1975, the twenty-something former schoolteacher recorded The Changer And The Changed, for her brainchild, Olivia Records. Today, that record remains one of the best-selling independent releases of all time. For Cris, the music became the vehicle for something larger. Her lyrics appear on a regular basis in books and thesis papers. Her albums are part of the curriculum for women's studies courses, and thousands of people who may not even know her name join their voices in 'Song of the Soul' around campfires and places of worship. She is often considered a treasure, passed hand-to-hand, person-to-person. Says the Boston Phoenix, 'Williamson is an heroic character whose tireless activism continues.' For thirty-some years, Cris has toured incessantly, performing in Russia, Europe, Australia, and New Zealand. One of the most successful performers on the acoustic circuit, she continues to criss-cross America, selling out Carnegie Hall three times, and headlining among others, the Newport and Kerrville Folk Festivals. Cris is currently working on her 32nd record --- all of which, in their most basic message, continue her favorite theme of returning home - in body, spirit and memory. The places we have left, by moving or maturing, abide in us still, and Cris takes us back, once again, to the very familiar, yet new - most magical and beloved space. The title of Cris's brand new release, 'Pray, Tell,' comes from an antique phrase, basically meaning, "do tell!" The word "pray" embodies a kind of humble entreaty, encouraging communication. In that respect,Cris put the metaphorical bucket down in the metaphorical Well, pulled it up, and these pieces - most of them new - were there for the taking. What began as a 12-song CD turned into a double CD of 24 songs. Says Cris, 'It is my hope that these songs will offer a space where the sacred can appear, where we may all be of One Mind, One Heart. I believe there is a deep mutual kinship, a consonance living in all the various forms of spirituality. This is what I pray. This is what I tell.'
This website uses cookies to personalize content and analyse traffic in order to offer you a better experience.
I accept Learn More
back to top