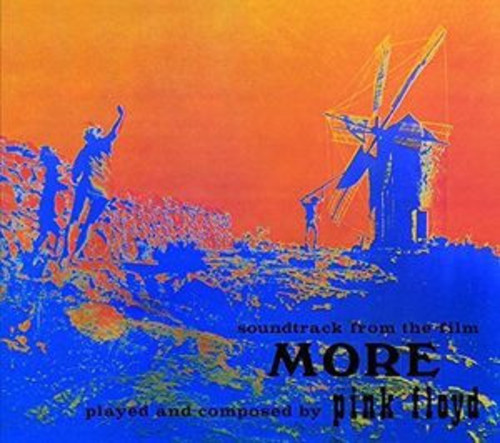 More is the first full-length soundtrack album, and third studio album, by the English rock band Pink Floyd, released on 13 June 1969 in the United Kingdom by EMI Columbia and on 9 August 1969 by Tower Records a subsidiary label of Capitol Records in the United States as Original Motion Picture Soundtrack from the film More. It is the first album by the band to be released by Capitol internationally. The film More was made in Luxembourg in 1969 and was directed by Barbet Schroeder. - More is a psychedelic rock soundtrack album that contains some acoustic folk ballads, a genre that appeared sparsely on later works. It also contains some of the band's "heaviest" recordings, such as "The Nile Song" and "Ibiza Bar", as well as several instrumental tracks, featuring their experimental and avant-garde approach. - This is Pink Floyd's first full album without founder member Syd Barrett, who was ousted from the group in early 1968 during the recording of A Saucerful of Secrets. It is one of the three Pink Floyd albums to feature David Gilmour as the sole lead vocalist.  Reintroduction of the Pink Floyd catalogue on vinyl for first time in over two decades  Original vinyl packaging has been lovingly replicated with special car  Pink Floyd and filmmaker Barbet Schroeder's collaborative effort resulted in the band's first soundtrack album in 1969  Includes future early 70's live favorites "Cymbaline" and "Green Is The Colour"  Pressed on 180 gram vinyl for optimum stereo sound quality.